One woman’s quest for orphan prevention through job creation

Shelley Jean traveled to Haiti determined to adopt an orphan she had discovered online. Although she was already the mother of two biological children, expanding her family by embracing a displaced child was, in part, a fulfillment of her compassionate Christian faith.

But when she witnessed the agony many Haitian women experienced when poverty —not lack of love—forced them to give up their children to orphanages, she was outraged.

Soon, a new mission blossomed. As she came to better understand and appreciate the people of Haiti, Shelley had a vision of creating jobs that would help some parents earn an income so that they could support their babies and raise them to become productive adults.

Despite her own domestic challenges and, at times, the doubts about God’s providence that arose after witnessing the devastation caused by earthquakes and hurricanes, Shelley’s trial-and-error approach took hold.

First, she taught a small group of mothers how to make artisanal products that she now markets worldwide. But she did not stop there.

Papillon Enterprise, which began as Apparent Project, now has a global reach that has been recognized and praised by Oprah, Vogue Magazine, The Gap, and designer Donna Karan.

But there were many sacrifices and defeats along the way. As Shelley sought to reshape the economic landscape of a small nation in dire need of help, she also restored her own ravaged beliefs so that she and her family could emerge stronger and with their faith intact.

This memoir is ideal for women of all faiths who know in their hearts that the cruel world can be transformed by love. For men, this unique search for truth sheds light on the undeniable power of the feminine spirit.

** Physical copies of Shelley In Haiti: One woman’s quest for orphan prevention through job creation are available for preorder at Papillon Marketplace. You can download the Kindle Version from Amazon now. **
“… Shelley’s absolute passion and commitment for the human right to a dignified livelihood … is palpable.”
Jennifer Gootman

“ … what she’s made of herself, as this unflinching story reveals, is a servant … if this book doesn’t inspire you, nothing will.”
Mary Fisher

People in the Book – Putting a face with the name 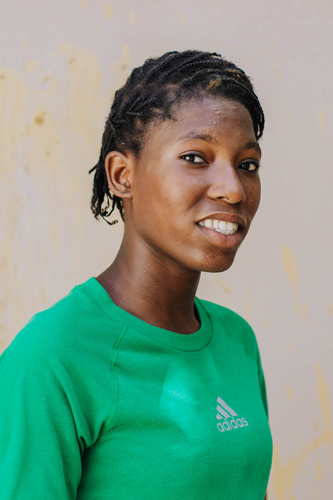 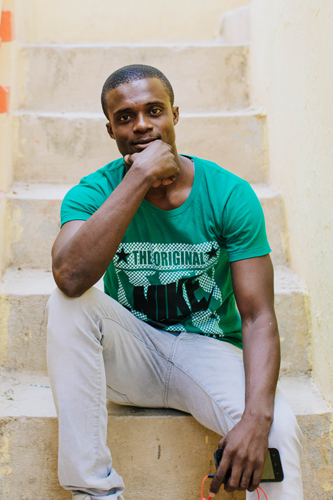 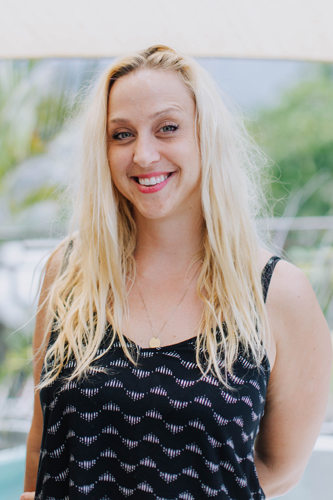 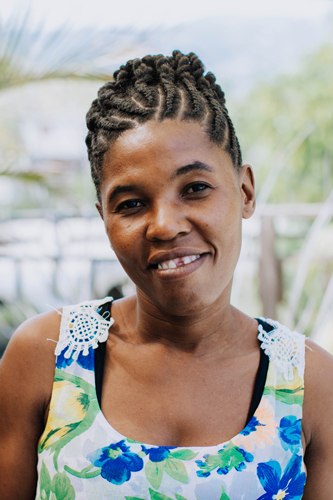 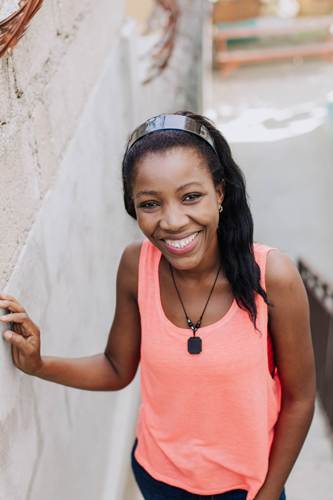 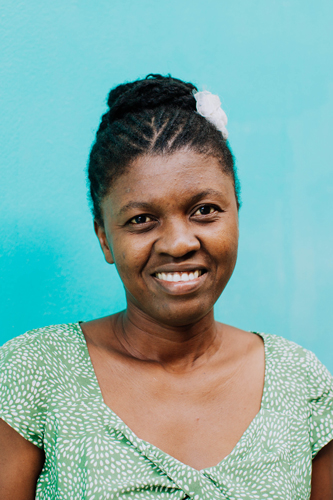 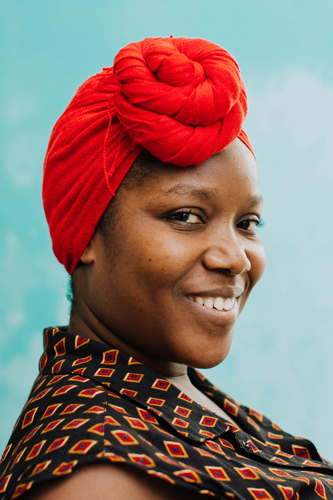 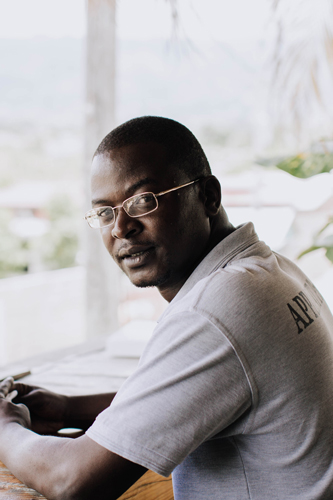 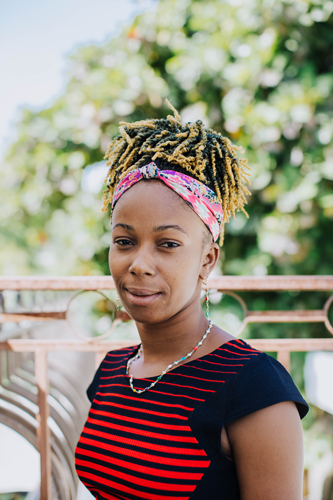 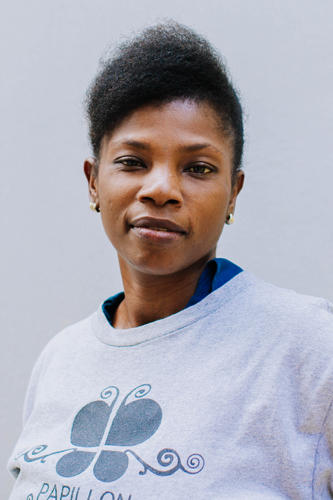 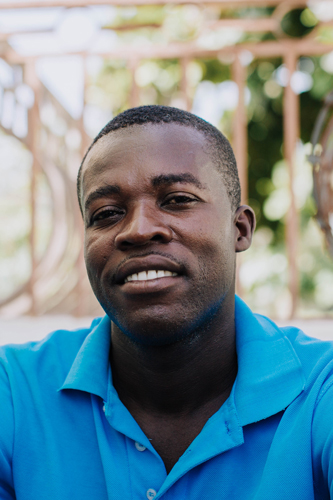 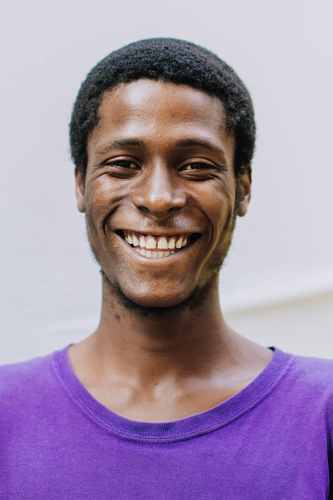 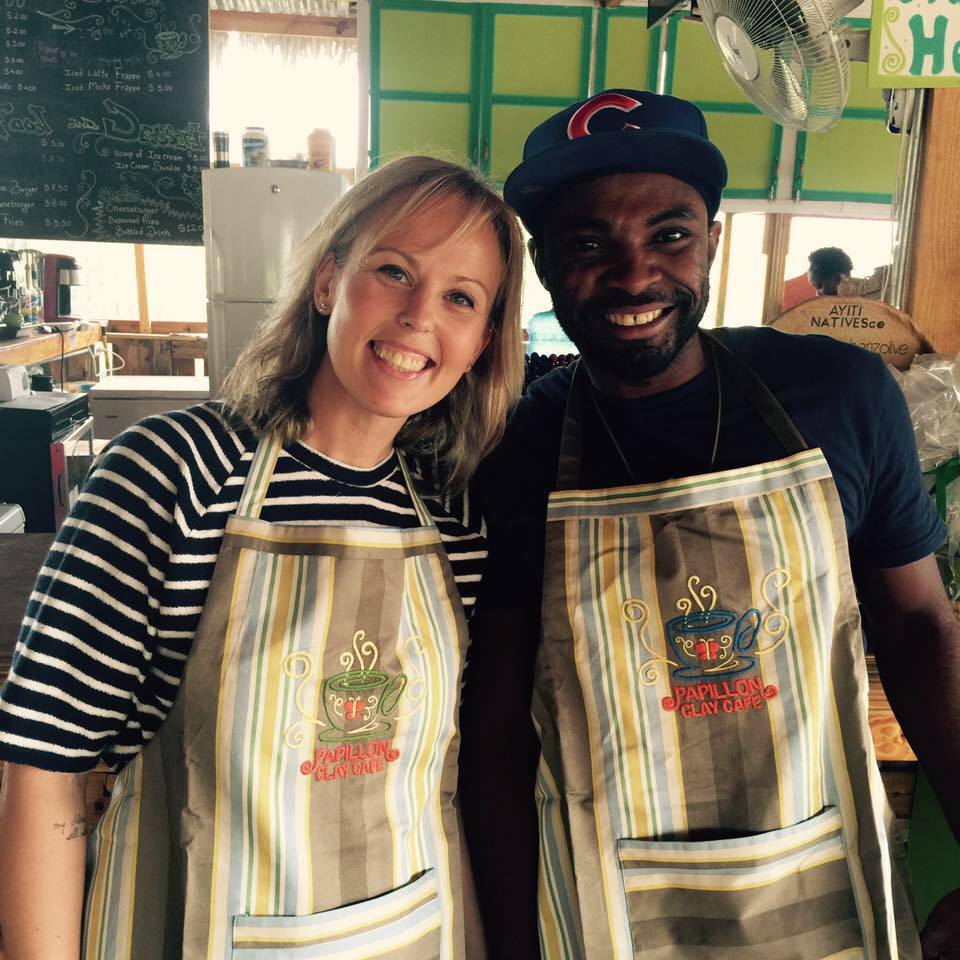 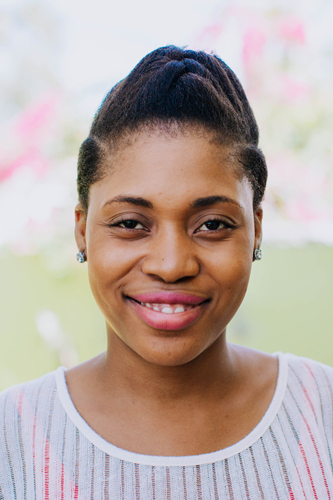 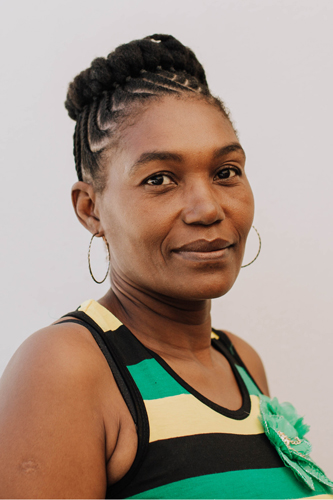 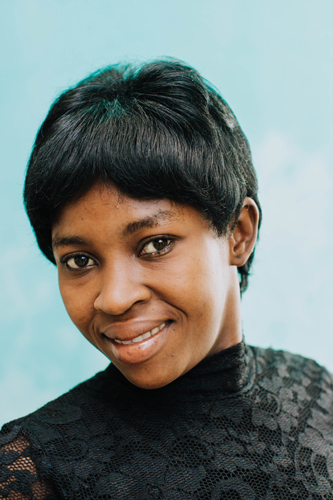 Callie still lives in Port Au Prince and is now married to that cute translator, Bekenson Pierre. She is the head of marketing and branding for Papillon, and has launched Papillon’s online store, helped start the screen-printing program, and is a...
Read More

Monette is still proud of her ceramic tiled floors. She works hard in our ceramics department to support her six children. Her two youngest, the twins, are in the Apparent Project preschool. She recently found out she is expecting her seventh child....
Read More

Ember’s father Marcel now works for Papillon as a bead roller. After the adoption was finished, we were able to give him a job (before then the adoption laws would have seen it as a conflict of interest) and he now works to support his older daughter and...
Read More

Makensia is doing well. She continues to work in the jewelry-making department. She has four living children and they all are in school. She is eager to work and is trying to learn English. Her younger twins are in the Apparent Project preschool....
Read More

Vesline is now a beautiful young single woman with a handsome seven-year-old son. She finally left the father of her baby after he beat her so badly that she temporarily lost her eyesight. Thankfully, her sight came back, and the incident gave her the...
Read More

The original three bead rollers who started as teenagers have all matured into young men and have families of their own. They all work for Papillon, and as of the summer of 2017, were granted badges with access to the US Embassy in Port Au Prince where...
Read More

Sonia has been able to use her earnings over the years to buy land and is gradually building a home, one brick at a time, on that land. All her children are in school today. She is still working for Papillon as a manager in the metal stamping...
Read More

Marc Henry and Ajenor never did have anything to do with the threats I received. Shortly after their release, they were both brought back to Papillon as employees. They work there to this day. Marc Henry makes jewelry, and Ajenor works with the paper...
Read More

Guerline, one of our original four, is a nanny in the Apparent Project daycare. Her older son is in school, and the younger, whom she relinquished for adoption, is living with his adoptive family in the Midwest. They are Facebook friends with Guerline and...
Read More

Novens currently works for Papillon as a courier. He has been unable to finish high-school in Haiti, because of his lack of command of the French language—something he never learned in the orphanage. We are looking for a private tutor to help him finish...
Read More

Makilene works in the jewelry department and also the shipping department. She still owns her own land and has made several more additions and improvements to her home. Her children are in school, and her oldest daughter, now and adult, was recently hired...
Read More

In 2015, Mario was grilling hotdogs and making smoothies, but our visitors were begging for more substantial meals. We leased a building across the street—a small, one-story, three-bedroom home—and turned it into a much larger boutique. On the roof, we...
Read More

Clivia still works as a jewelry maker in our artisan center in Port Au Prince. She has not had any more children, and she relocated to a new house after the death of her baby son. As so many mothers with broken hearts in Haiti do, she just carries on and...
Read More

I first met Junior while living in the orphanage where he was a teacher for the older kids. Raised in New York, but never having gotten his legal status in order in America, he was deported back to Haiti at age nineteen and has not seen his family in over...
Read More

Shelley Jean is an entrepreneur working on behalf of the poor in Haiti. She is the founder of Papillon, Papillon Empowerment and Co-founder of Apparent Project. She spends her time between Haiti and Olympia, Washington.

Her passion is for mothers and fathers in Haiti to be able to keep and care for their children. She is also a wife, mother and adoptive mother and resides with her husband Jeremiah and her four children, two of whom are from Haiti.