Dirt cookies, clay and the beginnings of our pottery department.

Novens took the dirt in his hands and mashed his thumb and his pointer finger together. A little bit more water maybe. Yes, that was it. Now he placed it gently in the center of his palms and rolled it as fast as he could into a little ball. Little did we know, that afternoon of playing with a small sack of “te”- the same dirt that they used to make the cookies to eat in the villages and slums- that we would soon launch a ceramic and pottery division that would have us selling handmade mugs by the thousands in just a few short years.

As we were working with paper beads, one of the things that we set out to do was to mix materials so that our jewelry was unique to what we were seeing come out of other countries. We would buy beads from the United States, China, or whatever we could source locally and we would give the artisans the license to create their own designs mixing the paper beads and various other beads. One of the most popular combinations that came out of these creative sessions was our “Signature Necklace,” a collection of colorful cereal box beads, gold seed beads and Chinese ceramic beads. The demand for this necklace was ( and still is) so overwhelming that I actually went to China to source the beads for this necklace directly from the manufacturer. 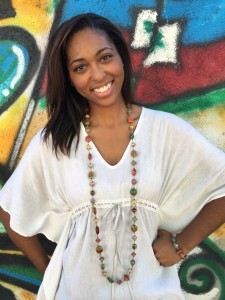 After some time, I started wondering if it were possible to make ceramic beads in Haiti. We started asking around to see if there were potters or ceramicists locally and of course, there were!  Haiti is actually know for it’s low fire clay that comes from the central part of Haiti. This clay is used primarily to make “cookies”- a mix of some shortening, salt and some flour that is baked in the sun and sold in the poorer communities for sustenance. There were a few other potters in Haiti working with this clay to make handicrafts and we explored it enough to see what could be done.

We found some potters who were working at the Gruenwald Guild in Leavenworth, Washington, and Scottie and Sarah Jane came to Haiti November of 2012 for the first time to help us figure out if we could get the ceramic bead idea up and running.

They had a blast for several weeks researching, experimenting, teaching us to process clay, building a gas kiln from clay bricks that looked like a tiny Hobbit hole until we finally did it! The first few beads were made and fired. It was monumental! 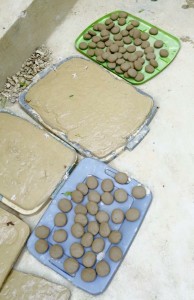 Over the next several years, Scottie and Sarah Jane continued to come back each year and teach more skills each time. Mugs, bowls, plates, crosses, buttons, magnets… there was no end to the creativity.

Today the ceramics and pottery department has grown ao much that it has dwarfed the paper beads in sales. The possibilities are endless and we are so excited for the continued potential for jobs that keeps on being generated by the same dirt that the poor will often eat in Haiti. 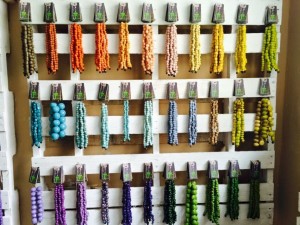 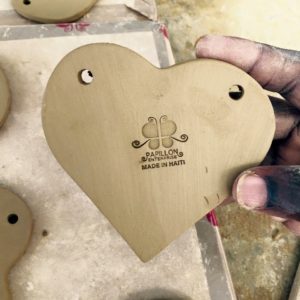