Hey Shelley, you want a baby? 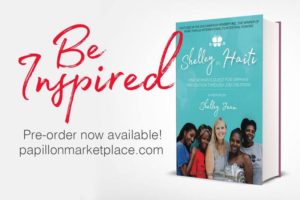 If you want to read more… please feel free to preorder the paperback here: (October delivery)

ByCami L. Franklinon September 7, 2017
Verified Purchase
What an amazing read! A perfect combination of truth and compassion concerning Haiti and the orphan crisis. Full of both the joys and hardships of working with the poor in Haiti through her own personal stories. Definitely a MUST READ! Don’t forget your tissues. I read it in about 5 hours as I couldn’t put it down. Each story leaving you wanting more.