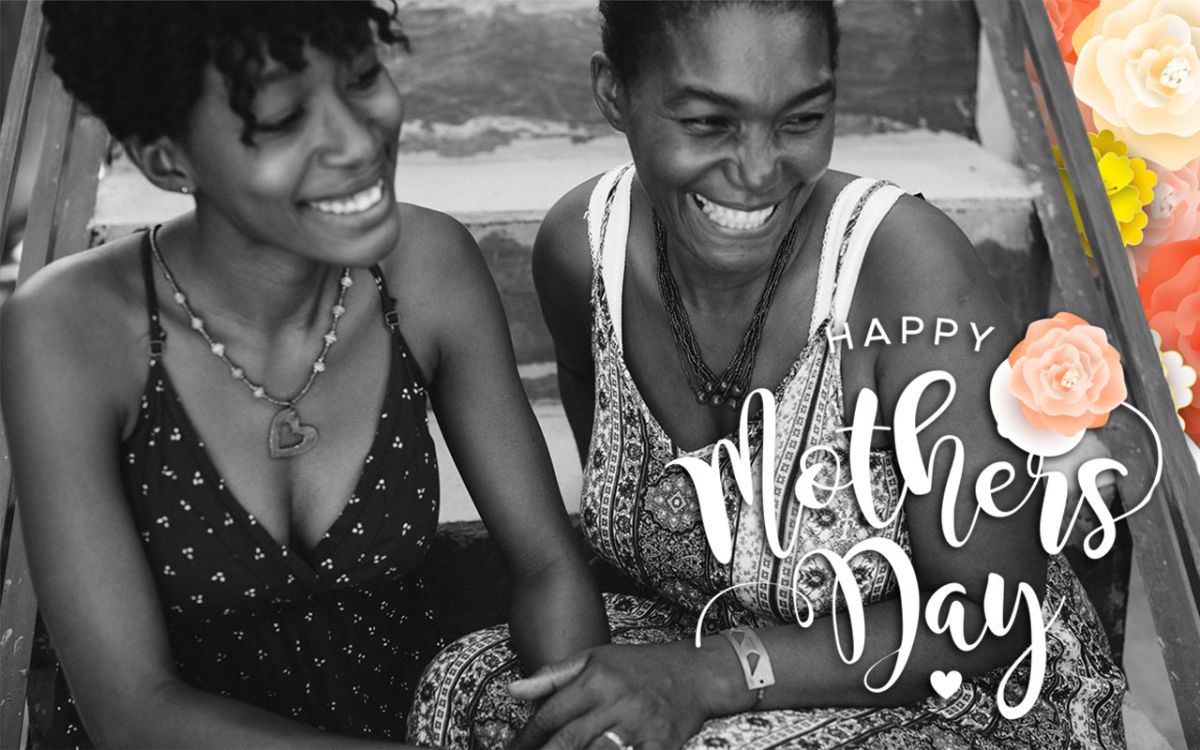 I got on the phone with my mother last night from Haiti.  She and I have both been a part of working in Haiti with a heart for orphan prevention for the past ten years. Some people may wonder what fuels us. Who knows how much of our own stories and hidden memories play into what compels us, but I have to think that my own infancy might have something to do with it.

My mother had been diagnosed with kidney cancer in the early 1950s as a preschooler. She had undergone surgery to remove her kidney, and that coupled with radiation treatment had saved her life. To this day her body shows the scars and the subtle disfigurement in her rib cage from that radiation. It was a miracle that she lived. Fast forward twenty years later and my mother was a young wife and mother of two babies- a 16-month-old boy and a baby girl. Me. My father was in the military and my mother was overseas in Germany alone and grieving the untimely death of her own father. On one particular day she felt something was off in her abdomen. She made an appointment with the doctor to try to get some help, figuring she just needed some post-partum exercises to help her body recover from having her baby.  The results were not what she expected. Cancer. Again.

The other kidney- the only one she had left with was being ravaged by the unexpected tumor. She looked at her two babies and her husband, a young Captain in the Air Force, and she prayed that she could live. She so wanted to be alive to raise her kids.

She was nursing me at the time as I was only a few months old. The battle to save her life went into full swing. I obviously don’t remember all of the details, but the story, as she tells it, is that she had to stop nursing me very suddenly and she had a group of caregivers lined up to take care of my brother and me  for the next few weeks and months as she was fighting for her life.

By the time we all got back together, and her life was again miraculously spared, she noticed something different.  My personality had changed. The sweet singing baby that she had known was gone and in that place was an angry infant who wouldn’t look her in the eye. I wasn’t the same. The strong attachment that we had enjoyed had been severed.

She knew nothing about Reactive Attachment Disorder (RAD) at the time. My mom just knew what she observed in me and pondered it as she was raising me. Time and consistency do much to heal the broken pieces and my mom, being a good mother, was able to gradually restore those bonds and bring me back to an attached state. But there were still glimmers of that hurt in me throughout my whole childhood that she would notice.

Now imagine if I had never been reunited with my mother. Imagine if I had been left in a room with a nanny and twenty cribs and no one to hold me and comfort me. Imagine the gaping wounds that would become so much deeper and ultimately irreversible. Imagine how much therapy would be needed to bring me back to a place of mental health and stability. Imagine if there was no therapy: Just years and years of being alone and on my own, having my basic needs of food and shelter met, but not having a mother’s love.

The first time I came to Haiti, this is what I saw. I saw orphans. I saw hundreds of them in buildings with no mother. They were emotionally left to fend for themselves and it was in this time that I learned about RAD and how much the severing of bonds with a mother at a young age can leave one unable to form proper healthy attachments later in life.

Something in the deepest and most vulnerable places in me saw myself in these babies and children. When I realized that every single child (apart from one) in the orphanage I was visiting had a living mother, my heart was set on fire. I didn’t want these children to grow up separated from the mothers. Realizing that it was simply the lack of a job that had landed these kids in an orphanage lit that fire in me to work on behalf of poor mothers who wanted to be able to raise their children. Like my mother, so many of them are just praying for a chance to live and raise their kids.

Forty years after her second fight with kidney cancer, my mother and I both work in Haiti on behalf of these women. Our fight is to give every one the same opportunity that she was so fortunate to have. Every day she thanks God that she got to stay alive to raise her two children and every day we pray that our work will give others that same hope.

For more information on how we do this please check out the links below.

And from the bottom of our hearts, writing from Haiti, I wish you and yours a very Happy Mother’s Day!

Apparentproject.org is providing a quality education to our artisan’s kids in Haiti. My mother, Marilyn Monaghan runs this operation.

Papillonmarketplace.com is providing quality jobs for parents in Haiti to be able to raise their children with dignity. Your purchases make the difference.

We wish and work for every loving mother to be able to raise the children that they were given!